Legislators completed their fourth week of the state legislative session. Both the pace and tension are picking up as the first legislative deadline of the session looms on February 24, when non-exempt bills must be acted on by their chamber of origin in order to continue, leaving committees just two more working weeks to consider bills.

Kansas officials and legislative leaders announced a projected $300 million in state incentives had been awarded under the APEX program to a second “megaproject,” following Panasonic’s $829 million deal in 2022. Wichita-area company Integra Technologies plans to construct a $1.8 billion 1-million-sq-ft semiconductor plant that will create nearly 2,000 new jobs, pending award of an additional grant under the federal CHIPS Act. The CHIPS Act, enacted by Congress last year, is intended to stimulate investment in the domestic semiconductor industry to reduce U.S. reliance on overseas suppliers. Semiconductors are essential components in many consumer and military goods. State and local incentives are required to apply for the federal CHIPS grant funding, requiring Kansas to act first. If Integra fails to secure a federal CHIPS Act grant, Integra says the project will not proceed and Kansas can withdraw its APEX award and pursue another megaproject.

Integra is the largest U.S. provider of back-end semiconductor testing, qualification, and packaging services. If the project moves forward, it’s expected the new plant could be running in 2-3 years. The APEX agreement requires Integra to remain in the state for the next 15 years.

APEX’s enabling legislation also requires the state’s corporate income tax rate be reduced by 0.5% each time an award is made. Panasonic will drop the tax rate from 7.0% to 6.5%; Integra would drop it to 6.0% in 2025 if the project proceeds.

This second APEX deal likely puts into question the proposed extension of the APEX program during this legislative session. Senate President Ty Masterson, R- Andover, said after the Integra announcement now that two projects had been awarded he believes we “will see a pause to see what the real effect is.” APEX limits awards to one project per year and is set to expire in early 2024.

The House Taxation Committee held a hearing on HB 2108, the Governor’s proposal for a 4-day sales tax holiday on back-to-school supplies and clothing. The bill’s estimated fiscal impact is $5-6 million.

ECONOMIC DEVELOPMENT
The House Commerce Committee held a hearing on HB 2123, enacting the Right-to-Start Act establishing the Office of Entrepreneurship within the Department of Commerce, encouraging that 5% of state contracts and certain incentive funding go toward Kansas businesses that have been in operation for less than five years, and encouraging the elimination of first-year business fees. The intention of the bill is to encourage and support entrepreneurial and start-up business activity. Review the estimated fiscal impact of administrative costs and reduced filing fees. A number of amendments to the bill are expected.

The Senate Commerce Committee held a hearing on SB 91, creating an income tax credit, sales tax exemption, and loan and grant program aimed at incentivizing film and media projects in the state. The fiscal impact has not yet been released.

REGULATORY AFFAIRS
The House Financial Institutions & Insurance Committee held a hearing on HB 2133, repealing the prohibition on a surcharge when purchases are made with a credit or debit card and permitting retailers the option of passing that surcharge cost on to the consumer. Kansas is one of only a few states that prohibit credit card surcharges, and a recent U.S. Supreme Court decision (Expressions Hair Design v Schneiderman) struck down such surcharge prohibitions. The Senate FI&I Committee will hold a hearing on an identical Senate version of the bill (SB 104) next Thursday.

The House Financial Institutions & Insurance Committee received an informational briefing on Environmental, Social & Governance (ESG) investing. Legislation is expected that would prohibit KPERS from working with investment firms that consider ESG factors in decision-making, and there is concern about provisions in the bill impacting private sector financial institutions and investment managers. Read the Kansas Legislative Research staff’s overview of ESG issues.

The Senate Commerce Committee held a hearing on SB 47, prohibiting cities and counties from regulating consumer merchandise and containers for the consumption, transportation or protection of consumer merchandise. This bill is aimed at preventing local governments from regulating items such as plastic bags, straws, and takeaway food containers or banning otherwise legal commerce (for example, the sale of live pets.)

LEGAL
The Senate Judiciary Committee held a hearing on SB 74, requiring third-party financing of litigation to be disclosed. It does not prohibit the practice – whereby most commonly a hedge fund agrees to underwrite a plaintiff’s litigation costs in exchange for a portion of any settlement or award – it simply requires that the arrangement be disclosed, showing there is a third party with a financial interest in the outcome of the case much like defendants are required to disclose insurance limits. Amendments addressing a number of concerns raised during the hearing are expected.

The Committee ran out of time for the hearing on SB 75, changing the statutory pre-judgment interest rate from a fixed rate of 10% to a variable rate based on the statutory rate provided for interest on judgments. The hearing has been rescheduled for Wednesday, Feb. 8. Pre-judgment interest is intended to compensate plaintiffs for the lost time value of money for the time period spent litigating their claims. Proponents of the bill say a variable rate would more fairly and accurately reflect real-world prevailing economic conditions than the 10% fixed rate, which in today’s conditions creates a bonus for plaintiffs and penalizes defendants.

TRANSPORTATION
The House Transportation Committee held a hearing on HB 2004, establishing the EV energy equity road repair tax act creating an excise tax on electricity distributed from a public charging station for electric vehicles. The intent of the legislation is to ensure electric vehicles that pay limited or no motor fuels tax equitably contribute toward construction and maintenance of the state’s roadway infrastructure. The tax would be 3-cents/KWh. Several states have approved a similar tax but faced implementation issues. According to the Department of Revenue, there were 10,572 EVs registered in Kansas at the beginning of 2023, and HB 2004 would be projected to increase State Highway Fund revenues by $148,008 in FY 2024, $179,158 in FY 2025, and $210,308 in FY 2026. Also noted in testimony, there is about a $70 difference in registration fees between an EV ($100) and a typical non-EV car ($30). KDOT, who is neutral on the bill, said it is studying a number of funding alternatives to the motor fuels tax.

ENERGY
The House Energy, Utilities & Telecom Committee received a briefing on the regional competitiveness of Kansas electric rates. This issue has been a simmering within the Capitol for several years, as lawmakers have questioned why Kansas rates are regionally high and sought solutions to bringing down consumer costs. Legislation has already been introduced this session addressing the 3-member Kansas Corporation Commission (KCC), the body overseeing utility rate-making, proposing to make KCC commissioner positions elected instead of gubernatorially appointed (HB 2154 and SB 88). Supporters of the legislation believe the change would make KCC commissioners more accountable to consumers, while opponents are concerned about directly politicizing the KCC.

Coming Up (Feb. 6-10)
Legislative schedules are subject to change.

On Tuesday the House Taxation Committee will hold a hearing on HB 2111, the Governor’s plan to eliminate state sales tax on sales of food and food ingredients and provide a sales tax exemption for sales of children’s diapers and feminine hygiene products. The bill also establishes a “STAR bonds food sales tax revenue replacement fund” in the SGF to hold STAR bond district agreements harmless for the reduction in food sales tax.

EDUCATION
On Monday the House K-12 Education Budget Committee will hold a hearing on HB 2218, establishing Education Savings Accounts for students whereby students may divert their public school base aid to an individually-directed Education Savings Account to pay for non-public educational services and expenses. Funds in an ESA that are not used would roll over to the next year and can continue to be used until the student’s graduation from a postsecondary educational institution. The program is open to all K-12 students – there is no eligibility criteria. Students may utilize both this program as well as the Tax Credit for Low-Income Students Scholarship Program.

On Tuesday the Senate Education Committee will hold a hearing on SB 83, providing additional student eligibility under the Tax Credit for Low-Income Students Scholarship Program by changing income eligibility criteria, extending the program from K-8 to K-12 (including high schoolers for the first time), and creating new eligibility criteria for children who have been in foster care or who have a parent who is active duty military or a qualifying first responder. The bill also increases the amount of the income tax credit for contributions made pursuant to the program from 70% to 100%, up to a maximum $500,000 tax credit per year. The program currently has a $10 million aggregate cap, but the bill provides for a 20% ratchet in the cap whenever aggregate annual contributions reach 80% of the program cap.

The House K-12 Education Budget Committee held a hearing on its House version of the bill, HB 2048, last week.

When first passed in 2014, the program targeted low-income students at the state’s 100 lowest-performing elementary schools, providing state income tax credits for contributions toward scholarships for eligible students to attend an accredited non-public school; subsequent revisions have continued to expand eligibility.

TRANSPORTATION
On Monday the House Transportation Committee will hold a hearing on HB 2019, relating to transportation network company services (such as Uber, Lyft and others) establishing conditions for when a driver is an independent contractor (versus an employee.)

Interested in a bill and want to learn more? 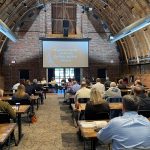 The Kansas Capitol came to the Chamber on Friday, January 13, when nearly all Lenexa-area state legislators were guests of the Chamber’s Legislative Affairs Committee, Board, and Economic Development Council to talk about issues in Topeka and connect with our members! 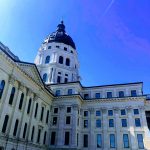 The Lenexa Chamber Board of Directors has approved a legislative platform to guide our advocacy in the upcoming 2023 state legislative session.  The platform addresses a spectrum of issues important to the business community including pandemic relief and recovery, tax policy, key business costs and regulations, K-12 and higher education, health care, transportation, economic development, and others.

For a summary of the platform, please click here.

TOMORROW is your last chance to register for or #Lenexa Mayor Michael Boehm’s final State of the City Address ➡️ bit.ly/3j7BUpI! Thank you to our Presenting Sponsor @Evergy, Gold Sponsor @JEDunn, & Silver Sponsor Everfast Fiber Networks for their support of this event! pic.twitter.com/NVCLtCXiAG

Happy to be at the Capitol today with other economic development professionals from across Kansas to talk with lawmakers about key issues like workforce and infrastructure -- our thanks to @KansasCommerce Secretary @DavidTolandKS for joining us! #Lenexa pic.twitter.com/VHTL0iGDSD

Leadership Lenexa 2023 is underway! Our first session focuses on @Gallup Strengthsfinder with Dr. Sondra Cave. Thanks to @ParkUniversity, Lenexa Campus for hosting us! #lenexa #leadershiplenexa pic.twitter.com/IxVaiphV4T